I was twenty when I made a puzzling discovery while reading the Bible. In the Gospels, there was one thing that Jesus always seemed to talk about. One thing he would often try to find a comparison to, or describe it in a mystery language. One thing he would allude to in announcements in which it was either close or already here… He calls this thing the “Kingdom of God.”

Something hidden from me

This might not be surprising to many Christians who hear this phrase often, at all. In certain church traditions, it is a well-established concept. But to me, it was a strange realization. I had been going to church and a devout Christian for over ten years. I thought I was pretty firm in my beliefs. Because of my faith in Jesus Christ, I had gone through important, life-changing experiences. The church I had been attending (a conservative congregation rooted in German Protestantism) had provided me with great friendships and spiritual growth. But up until that time, I had hardly ever heard any sermon or lecture in which this kingdom had been the main concern. Nobody’s eyes flared up when hearing this phrase. No one talked about it with particular interest or knowledge. Of course, I was familiar with it, but I only had a vague understanding of it being somehow in heaven, a future kingdom that God would establish after the day of judgment. The German phrase Reich being a very general term (it basically means “realm”) enforced this blurriness even more.
But at some point during my Bible readings, I stumbled upon this “Kingdom.” And once it stuck like a bubblegum on the sole of a shoe, it started wiggling between the lines. Jesus’ strange statements about the Kingdom bothered me. How come that I had hardly ever heard this phrase at church? How come that the apostle Paul (the main writer of the Christian scriptures) is so unconcerned about it? Why is it that something so important to Jesus is — at least in my church — simply forgotten… or omitted?

What is the Kingdom of God?

— or “Reign” of God, as the Greek word basileia could be translated more precisely?
This simple question has led me on a journey of learning. During this journey, I had to doubt not only my entire understanding of the Bible but what faith, what Jesus ultimately means to me.
All of this has culminated in a book that I am releasing today. It is a graphic novel (=fancy word for “comic”) and is simply titled The Reign of God. Well, I wrote it in German first, so what I published today on Amazon Kindle and Apple’s iBook Store can be found under the title Die Herrschaft Gottes (it means the same thing). 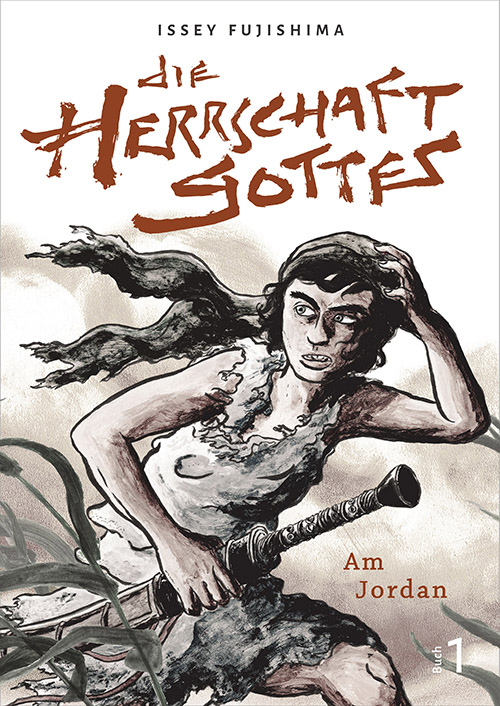 Seek first the Reign of God…

This graphic novel tells not only the story of Jesus and his message but the story of people wrestling with fundamental problems: land, sovereignty, power, morality, violence, justice, love, and faith. Stuff that is still hard today, 2000 years later, and will most probably continue to cause headaches for the next 2000 years, too.
But Jesus had something to say about these issues. He didn’t just walk around promising people a nice afterlife. His message of God’s Reign and how he embodied it, what he did to make it manifest, is something worth exploring. I am convinced that it holds the keys to understanding what my role as Christian is supposed to be in this world today. It is the dream of Jesu, worth chasing.

A safe space for faith and future

I’m still trying to get to know Jesus, this Yeshua of Nasrath, better. And I hope that not only my graphic novel but this website and this little blog, can serve as a platform for inquiry. A safe space for me, for Christians, for everybody, to ask and think: What is the Reign of God? What is the future of faith?

I’m excited to see where this journey will take us.